This one is tough to write because I love the people we met and the heart that is Albany, but the city has a dark side that is difficult to ignore.

When we travel for work we are usually limited in the range and realm of our exploration. We venture to the nook and cranny restaurants and bars, but do not always get to do a road trip. When we returned to Fremantle on the Brigitte Bardot we got the offer for an impromptu road trip to Albany. Albany is about 5-8 hours by car from Fremantle, depending on which route you travel. We needed to get there, so there was no detour to Margaret River. Notorious for their wine tours, we probably would not have made it to our destination.

We packed our gear into our Nissan X-Trail and headed out. Monty, my ever-present traveling companion perched on our gear, able to keep an eye on our exploits. The landscape changes rapidly as you slip away form the outskirts of Perth and veer inland. The soil becomes redder and the sprawling expanse is far more arid than the cool breeze that is referred to as the, “ Freo Doctor.” Farmland started to fill the roadside with massive cattle, kangaroos, ostrich and alpacas decorating the fields. Small roadhouses were scattered every 50 kilometers or so. We stopped at Lady Rae’s and met Lady Rae, wearing a hat decorated with a sparkly nametag. The world is different here. Time seems to slow way down, like it does when you head to the southern states in America. Words are spoken slower and stretched in their pronunciation. The shelves are lined with touristy trinkets that have been collecting dust for at least a decade, boxes of cookies that have a little less dust and some homemade handy crafts that are indiscernible. I felt like we were in a movie with the characters crawling out of the woodwork. 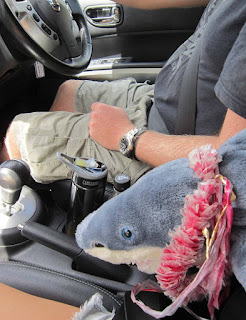 Monty is ready for the trip 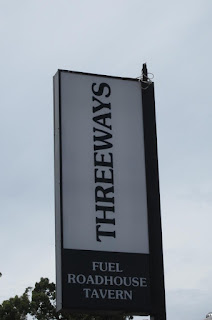 
We arrived in Albany finding the hillsides slipping into a sprawling natural harbor. Albany has a long history with the sea and that history still breathes within the everyday life of this quaint seaside town. Isolated from major cities, the people of Albany are hearty and hardworking, many relying on the port for their livelihood. Albany is also known for its place in Australia’s whaling history. Even before it was a settlement, whalers from America, France and Britain dropped off convicts and carried on whaling. The town’s proximity to the deep-water shelf made it an ideal location for efficient capture and processing of these leviathans. In 1978 the last whale was brought into Albany for processing, as the doors of the Cheynes Beach Whaling Company closed for good. 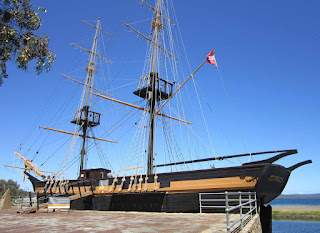 Since 1978, “ Amazing Albany” has built a reputation for being an eco friendly town, now running whale watching trips and utilizing wind turbines for power. Tourist guidebooks lure in perspective visitors with words like, “green,” and “eco-minded,” and for the most part I would have to agree with these statements, that is unless you are a shark.

Duncan and I settled in at the Best Western and decided to take a stroll around town to check out the scene and get the scoop on when the Forest Rescue guys might be coming into town. We wandered into the White Star Line Pub to grab a pint. The White Star is famous for its ship the Titanic and being tourists we opted to check it out. We immediately spotted a man sporting a Sea Shepherd t-shirt and a ZZ top beard and made our way in his direction. Sid warmed up to us quickly and before we knew it he was buying us a round and we were buying him one. Sid works at the port and offered some Intel on the arrival of the ship that was carrying the Forest Rescue crew. We chatted whales, the ocean and life in Albany.

A hearty soul, Sid clearly loves the ocean and has a massive respect for it. We earned our street cred having survived the rogue wave that inevitably took the Brigitte Bardot out of the campaign. Although we have not seen a quarter of what most mariners do in a well-seasoned career, we do have some salt behind our ears. I am happy to say that, now cozy on dry land. Sid expressed his disgust of the removal of such incredible animals, particularly under the guise of, “ research.” As a marine biologist I resent the use of this word because it makes people uneasy with projects that are actually doing legitimate research.
Sid is one of those people that you stumble across in life and it is random draw from the deck. The random chaos of the universe put us in the same place at the same time and a t-shirt was the simple catalyst of the interaction. I love how life works and the people we meet along this crazy, strange and wonderful journey. We exchanged emails and I do believe that we will see Sid again. There is one thing about the people of Australia; when they say to come visit if you are in town again, they mean it. They are not making a polite gesture; they actually want you to come back.

We also visited the 1849 Backpackers to get some waivers signed and found another treasure. I have stayed in some less than savory hostels and this was a quaint little home away from home. The owner, Danny, was passionate about his place and his work with children, welcoming us and accommodating all our requests. We stayed at the Best Western and I would say to anyone, even those of the non-backpacking flavor, that the 1849 far exceeds the hotel! Free Internet, clean rooms, ample living space, satellite television, free parking and no attitude or aroma of alcohol and body order soaked carpet. Yes, Albany is a spectacular gem, nestled against a gorgeous harbor and filled with a rich history, but if you are a shark, Albany, like so many coastal towns, is a dark place.

As we wandered around town it was time to grab some dinner and we began scouting out our options. We found a little bar called Nonna’s and decided to sample some of the award winning local wines. When in Rome right? As we enjoyed our libations we asked to see a menu. We go into autopilot when we see “fish,” on the menu and ask what species it is. Amazing how many servers do not know or seem to care. Our perky waitress responded that it was shark with a smile. I immediately got a pit in my stomach. We walked out and I felt disgusted having purchased even just a glass of wine at the establishment. We did grab a menu to use a tool in educating people about the issue.

Unfortunately this is not the only place that happily serves shark as its fish option. In fact, the majority of places we wandered into not only serve it, but they have it proudly announced on the menu. The most appalling was the children’s menu at Nonna’s that had Shark Filets & Chips as their top item. How about a little mercury poising for your kids? 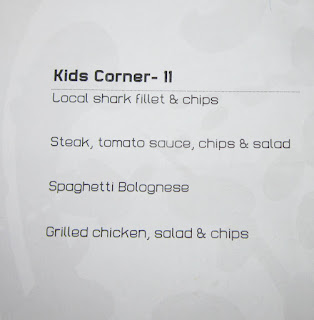 Our next step was to figure out what kind of shark. It didn’t take long to determine that most commonly it is bronze whaler. Ugh, another pit in the stomach. My experiences with bronzies are few, but all remarkable. I snorkeled with them in New Zealand on a shoot and was apart of tagging the SBERP’s (Shark Bay Ecosystem Research Project) first bronzie in Shark Bay, Western Australia. Bronze whalers are aptly named with their bronze skin that gleams in the sunlight. They are broad like bull sharks and are one of the most beautiful species of sharks I have ever seen. I am happy to report that Rustlers did not serve shark on the menu and the service was outstanding. 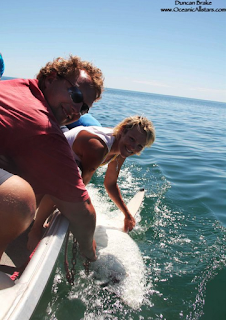 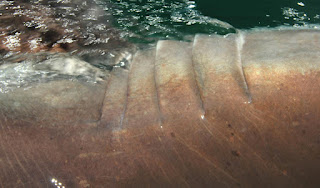 It boggles my mind that a place that describes itself as eco friendly and has gone to extreme lengths to redeem its checkered whaling past, would serve shark as a staple on their menus. Ignorance is no longer an excuse. The information is there. Sharks are vital for our oceans and health wise they are filled with mercury. Why on earth would you eat them? There is absolutely no need. I don’t live in Albany, but I have shared my concerns with friends and family in Australia and I hope that people speak out on behalf of the ocean that washes along their coastline. Sharks are not as charismatic as whales, which is all the more reason to step up and be a voice for them.

This isn’t just about Australia; it’s about globally being aware, but also being aware of what is happening in our own backyards. We are quick to point fingers and blame Asian countries, but they are not the only regions that are slaughtering these incredible animals. Check your local restaurants Do they serve shark? Watch out for other names such as hake or flake. Ask questions and educate yourself on what is going on around you. How about your grocery store’s fish counter? Ask them is they ever offer shark and what species? Start asking questions. When you ask questions you make people think. People need to think to make change. Start the movement and start the motion.
Posted by Shark-Girl at 3:36 PM