Kids Against the Shark Cull 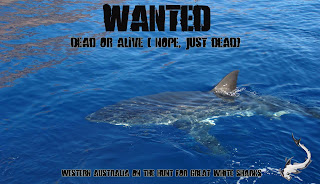 Mr. Grabowski’s Grade 6 Class was my first visit as part of Skype Classroom’s month of Exploring Oceans.  As a diver himself, Mr. Grabowski has a passion for the ocean that he is sharing with his students.  We talked about my work as a shark diver and underwater videographer, but I also emphasized the importance of sharks in our ocean ecosystems.  The students had some great ideas when I asked them what they thought they could do to help sharks. Despite being landlocked, it is critical for them to know they have a voice and they can make a difference. No matter the topic of the lesson or talk, my goal is to inspire students and offer them tools to feel empowered. We are all connected and we have a very important job to help this planet.

Mr. Grabowski has brought numerous scientists, conservationists and ocean adventurers into his classroom through the month of Exploring Oceans, creating a classroom of global citizens.  When the recent news about the proposed shark cull in Western Australia went viral, his students decided to speak up and their voices have definitely been heard. I noticed "Her Deepness" Dr. Sylvia Earle even responded to their letter on Twitter!

The class drafted a letter to Premier Colin Barnett and they actually received a perfectly nondescript response in return. They did not get discouraged discouraged though, writing another very well informed and passionate response. They did not go off topic, ranting about finning or some other peripheral shark issues, often the kiss of death when drafting letters to government officials.  For example: NOAA-NMFS (National Marine Fisheries Service) proposed to open the 2014 Atlantic Shark Commercial Fishing Season throughout their Atlantic coastal range, beginning January 1, 2014 instead of the previous July 1 opening date. Lemon sharks aggregate off the coast of Jupiter, Florida and are a highly vulnerable, regionally specific shark population. They are protected in state waters, but not Federal waters, making them even more susceptible to overfishing during this critical aggregation time ranging from January to April.  During the open comment period, I saw several aggressive comments against shark finning. Yes, shark finning is terrible, but this was not the issue at hand.

Mr. Grabowski’s students are setting a strong example for not only for other students, but also for the general public and other conservationists. You can speak from the heart, but you also need to stay on topic and fact check.

“Human life is very important and when lives are lost through shark attacks it is very unfortunate. However, sharks have been in our oceans for 400 million years, we can’t fault them for that. How do you ‘mitigate’ animals in their own environment? Where are they supposed to go? How do you tell a shark that tourism dollars are more important and we’ll worry about environmental and biodiversity implications later? “

I look forward to continuing my collaboration with Mr. Grabowski and his incredible students. Thank you again for inviting me into your classroom.

Posted by Shark-Girl at 7:04 AM No comments: