Sharks are apex predators that rule the oceans of the planet, but even the largest shark begins life small. Most people only see the gnashing teeth or the massive beast strung up as a fisherman’s trophy, never stopping to think about how the story starts. If a shark reaches sexual maturity (8-12 years on average) they must find then find mate. In the case of lemon sharks they have a gestation period of 12 months before giving birth to live young. The female essentially beaches herself on a high tide, getting her pups as close to the protection of the mangrove forest as she can.


The pups are thrust into a dangerous world and very few will survive to see their first birthday. Sharks, barracudas and even adult lemon sharks will happily make a meal out of these babies, so it is critical for them to find shelter amongst the roots and in the shallows. It is here in this nursery the sharks will spend the first 3-4 years of their life, honing their skills for survival in the open ocean. Juvenile nurse sharks, conch, lobster and snapper also use the protective roots of the mangroves as a nursery area until they too, are ready to move into deeper water. Sharks are the last animals you would expect to find in a forest, but above and below the surface the mangroves are vital for the survival of countless species across the planet. 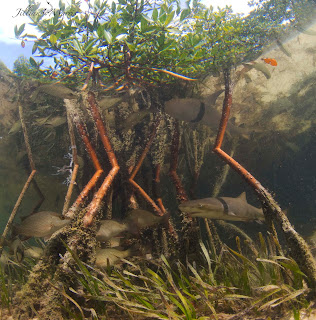 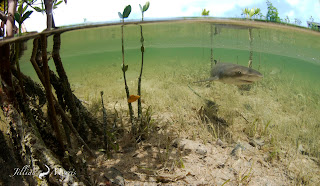 For over twenty years Doc Gruber and the Bimini Biological Field Station have been studying these tiny predators in the mangroves and lagoons of Bimini in the Bahamas. The Sharklab has done ground breaking research proving these sharks are highly social and even have their best friends. They have also studied the devastating impact the development of a mega resort has had on juvenile lemon shark populations in Bimini. The mangroves are the heart and soul of these tiny islands and without them the people and the ecosystems around the island suffer. 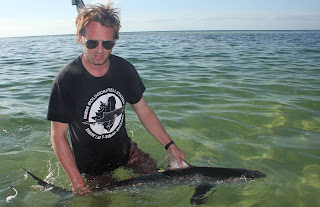 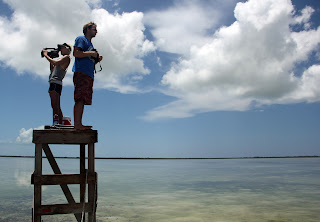 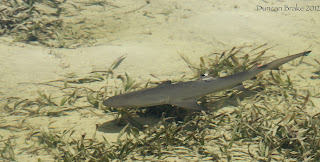 A shark with a transmitter being observed in the shallows

I love sharing these little guys with people because it shows them a different side of sharks. Even the most fearful people can find a new appreciation for these incredible animals. It gives them a change of perspective when they are looking at a very small and very vulnerable creature. Don’t get me wrong they still have teeth and still behave like a shark, but seeing the tiny belly button scar of a lemon shark or the spotted belly of a baby nurse shark, will soften even the harshest critic. 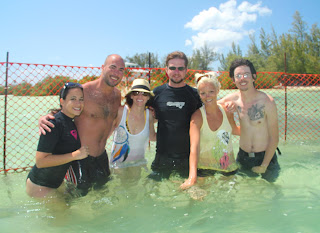 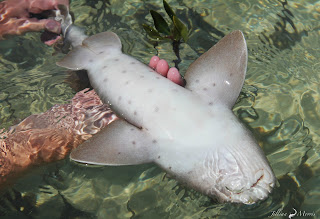 As you watch Shark Week and see the iconic shots of great whites with mouths wide open and laden with teeth try and think about that shark when it was small. There is a lot more to the story than what you are getting a glimpse of.
Happy Shark Week