FLIPSIDE: Me and the Dunkster on Camera


Duncan and I worked with Ulf in 2010 as site guides on a shoot at Tiger Beach. We got chatting about filming, sharks and our lives, as you do when you are on a boat with people. About a year ago, Ulf reached out and asked if he could film us filming and doing shark education for a documentary. It sounded like a fun shoot, but we were not sure it would get approved or funded. Low and behold Ulf rang us up in September and said, “let’s make this happen.” We were shocked, but excited and started making plans. We have been approached by a few producers about filming our lives as a couple that travels, films and plays with sharks together, but we never felt comfortable with what they wanted us to do. We were optimistic that Ulf understood our intentions and passion for these animals.

The shoot date was set for two weeks in October. Ulf arrived in Bimini to find Duncan sick with a strep infection and the weather less than ideal. Every time we made a plan, it was changed. We went north, south, east and west, to try and get some shelter, but Hurricane Sandy was impending and she was relentless. We cancelled a trip to Grand Bahamas and sorted an alternative in Bimini. Sandy had other ideas, however, and she shut down all shooting except for hurricane footage.

Ulf’s crew left, but his flight got delayed, thus he was stuck with us to brace for his first hurricane. We did all the normal prep; canned goods, matches, candles, batteries, water and flashlights. We had access to water for the toilets and a camping stove for meals. The marina has a generator so the bar and showers were still open. Once we were prepared we set out to explore and see the raw power of Mother Nature as she crashed against our little island. We got sprayed, splashed and soaked as we looked for places to film.

We lost power for a few hours, so we organized a posse to climb Mt Bimini; what else would you do when the power goes out? We reached the summit and all got a free microderm abrasion to the face. We washed down our conquest with ice-cold Kaliks. We were very lucky only losing power for a day. Fun and games were had, but the shoot really went to shit, with no place to get away from Sandy’s extensive reach. We sought shelter in the mangroves, but really didn’t have much luck. Usually in Bimini you can find shelter on one side of the island or another, but Sandy was really set on mucking up our plans. We finally threw up our hands in defeat and set about arranging for Ulf to return at a later date to finish the shoot.

At the beginning of December, just over a month since he left, Ulf returned to Bimini in hopes of good weather and lots of sharks. We wasted no time getting after it and quickly got two shark dives under our belts. Ulf was definitely in a better mood, having some footage and a story to work with. 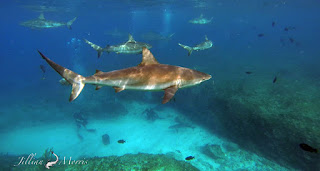 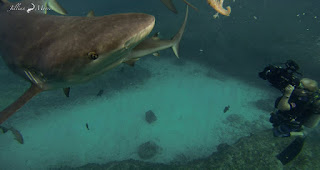 The next part of the shoot was one of the most amazing days I have had on Bimini; we took school kids into the mangroves to feed baby lemon sharks. It is amazing how many kids on the island have never really explored the beauty of the mangroves that are in their backyard.

When we arrived on site the girls jumped in and began the trek. The boys, however, took a little coercion, which came in the form of heckling from their female classmates. Eventually we all made our way through the channel to where Sharklab manager Jill Brooks was waiting with some bait in the water. The little sharks came in slowly and then one by one each student got to hand feed a shark. The teachers, who were standing behind us to begin with, decided they needed a turn as well. There in the mangroves we shared an amazing connection between sharks and people. This is one of my favorite places on the planet and probably one of the most memorable moments I have had there. I think I can speak for everyone involved when I say it was remarkable. Within a few minutes any fear or misunderstanding was replaced with awe and excitement about the sharks. 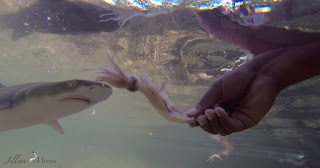 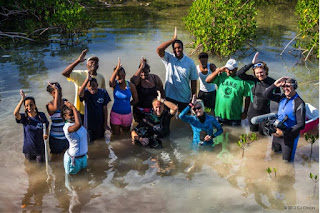 Still on a high from such a powerful experience, we spent the next day speaking at the local high school about sharks, why they are so important and how the students can help them. Bimini is setting a strong example for shark conservation and as Biminites, these students have something to be tremendously proud to be a part of. It is vital for younger generations to realize how much of a positive impact they can and will have. Reveling in yet another amazing moment in Bimini. 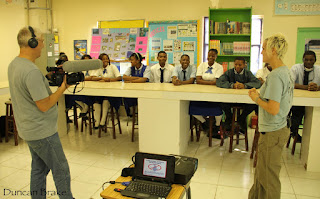 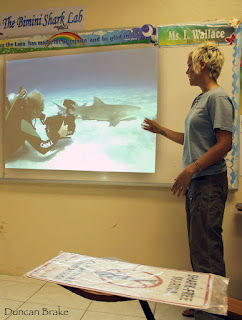 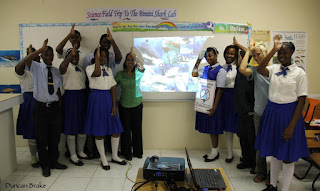 After a Hellish first attempt at filming, the second attempt was brilliant and beautiful. I was relieved that we had great weather, but so blown away by the experiences with the students. Duncan and I were asked to come back and speak to some of the other age groups, so we have that to look forward to in the New Year. We were also able to sign up another marina in Bimini to be a Shark Free Marina. The Bimini Blue Water Marina agreed to make the commitment. 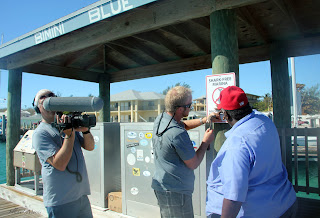 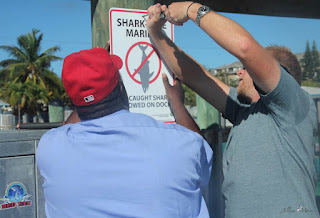 All of these moments were very special to be a part of, but even better because Duncan and I did it together. It is one thing to find someone who shares common interests, but Duncan and I share the same love of the ocean and passion to share it with others. We are excited to see what we sound like in German. Watch this space for updates. 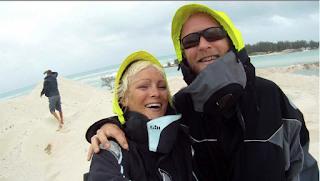